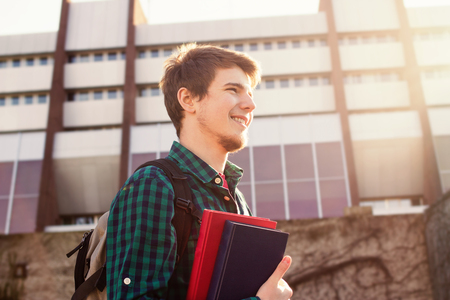 The history of the transmission of ancient Romantexts prior to invention of the printing press is reconstructed from evidenceboth internal and external to the texts themselves. Internal evidence is usedto reconstruct the relationship of the surviving manuscripts of a Roman text to one another, asrepresented in a modern stemma codicum: a diagram depicting the genealogical relationshipof surviving manuscripts and those the stemmas editor believes existed at onetime. Stemma are scholar’s only road maps to textual connections based oninternal evidence, but they may paint a distorted picture of reality becausethey diagram the relationships of only those manuscripts known or inferredtoday. If surviving copies are few, the stemma perforce brings into proximitymanuscripts that were widely separated in time and place of origin. Conversely,the stemma can also bestow a semblance of separation on manuscripts writtenwithin a few months of one another or even in the same room.

One type of external evidence that may shed light on the transmission of Romantexts is the availability of a work in the Middle Ages, when many classical textswere circulated. Too often, though, too much is inferred about a particularworks circulation in the Middle Ages from the number of manuscripts survivingtoday. When a work survives in a single manuscript copy, editors call themanuscript, rather glamorously, the lone survivor–implying that all its(presumably rare) companions were destroyed sometime early in the Middle Agesby pillaging barbarians. It is equally possible that the work survived far intothe Middle Ages in numerous copies in monastic libraries but were unnoticed dueto lack of interest. The number of extant manuscripts, however few, really doesnot allow scholars to infer how many ancient Latin manuscripts of a worksurvived to the ninth, the twelfth, or even the fifteenth century.

Quotations from a Roman text by a medieval author are another category ofexternal evidence: but does the appearance of a rare word or grammatical construction—or even ashort passage—really indicate a medieval author’s firsthand knowledge of thisor that ancient work, or does such usage instead derive from some intermediatesource, such as a grammar book or a popular style manual? Medieval authors doquote extensively from ancient authors; while such quotations provide someevidence of the works medieval circulation, as well as define its evolvingfortunes and the various uses to which it was put, they may be far less usefulin reconstructing the text of an ancient work.

Much as scholars want to look for overall patterns and formulate usefulgeneralizations, the transmission of each text is a different story and eachmanuscripts history is unique. Scholars must be careful not to draw conclusionsthat go beyond what the evidence can support.

1. The passage is primarily concerned with which ofthe following?

A. tracing certain changes in the methods used to study the transmission ofancient Roman texts.

D. advocating the use of one type of evidence about ancient Roman texts overthe use of another type.

E. explaining the development and potential uses and drawbacks of stemma in thestudy of ancient Roman texts.

2. As described in the passage, a stemma is mostclosely analogous to which of the following?

A. a department store inventory list that excludes some departments

B. a map from which a large section has been torn off

C. a chronology that includes only major historical events

D. a family tree in which some generations are not recorded

E. a government organizational chart from which some agencies are omitted

Consider each of the choices separately and selectall that apply.

3. In its discussion of external evidence, the passage suggests which of thefollowing about manuscripts of ancient Roman texts during the Middle Ages?

A. It is possible that fewer manuscripts were destroyed by barbarians in theearly Middle Ages than scholars frequently suppose.

B. Additional copies of some so-called lone survivor manuscripts may haveexisted well into the Middle Ages.

C. If an ancient Roman text is quoted in a work by a medieval author, then itis likely that at least one manuscript copy of that text survived into the MiddleAges.

4. Click on the sentence in the first paragraphthat suggests that scholars might be led to underestimate the extent of theconnection between certain manuscripts.

The surface of Venus contains calcite, a mineralthat absorbs the gas sulfur dioxide. Sulfur dioxide is often produced byvolcanic activity and is plentiful in Venus’ atmosphere, so there must be asource, perhaps volcanic, producing sulfur dioxide on Venus.

1. Which of the following is an assumption on which the argumentdepends?

A. In the recent past, the level of sulfur dioxide in Venus’ atmosphere was notmuch higher than it is now.

B. If there is volcanic activity on the surface ofVenus, it is not adequate to maintain the observed amount of sulfur dioxide inthe atmosphere.

E. The calcite on the surface of Venus is insufficient supply to continue to absorb sulfur for millions of years to come.