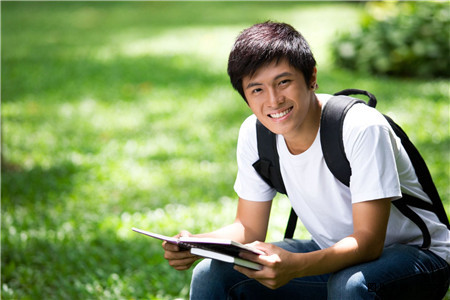 Mary Barton, particularly in its early chapters, is a moving response to the suffering of the industrial worker in the England of the 1840s. What is most impressive about the book is the intense and painstaking effort made by the author, Elizabeth Gaskell, to convey the experience of everyday life in working class homes. Her method is partly documentary in nature: the novel includes such features as a carefully annotate reproduction of dialect, the exact details of food prices in an account of a tea party, an itemized description of the furniture of the Bartons’ living room, and a transcription (again annotated) of the ballad “The Oldham Weaver”. The interest of this record is considerable, even though the method has a slightly distancing effect.

As a member of the middle class, Gaskell could hardly help approaching working-class life as an outside observer and a reporter, and the reader of the novel is always conscious of this fact. But there is genuine imaginative re-creation in her accounts of the walk in Green Heys Fields, of tea at the Bartons’ house, and of John Barton and his friend’s discovery of the starving family in the cellar in the chapter “Poverty and Death.” Indeed, for a similarly convincing re-creation of such families’ emotions and responses (which are more crucial than the material details on which the mere reporter is apt to concentrate), the English novel had to wait 60 years for the early writing of D. H. Lawrence. If Gaskell never quite conveys the sense of full participation that would completely authenticate this aspect of Mary Barton, she still brings to these scenes an intuitive recognition of feelings that has its own sufficient conviction.

The chapter “Old Alice’s History” brilliantly dramatizes the situation of that early generation of workers brought from the villages and the countryside to the urban industrial centers. The account of Job Leigh, the weaver and naturalist who is devoted to the study of biology, vividly embodies one kind of response to an urban industrial environment: an affinity for living things that hardens, by its very contrast with its environment, into a kind of crankiness. The early chapters—about factory workers walking out in spring into Green Heys Fields, about Alice Wilson, remembering in her cellar the twig-gathering for brooms in the native village that she will never again see, about job Leigh, intent on his impaled insects—capture the characteristic responses of a generation to the new and crushing experience of industrialism. The other early chapters eloquently portray the development of the instinctive cooperation with each other that was already becoming an important tradition among workers. 1. It can be inferred from examples given in the last paragraph of the passage that which of the following was part of “the new and crushing experience of industrialism” for many members of the English working class in the nineteenth century.

2. It can be inferred that the author of the passage believes that Mary Barton might have been an even better novel if Gaskell

A. concentrated on the emotions of a single character

B. made no attempt to re-create experiences of which she had no firsthand knowledge

C. made no attempt to reproduce working-class dialects

D. grown up in an industrial city

E. managed to transcend her position as an outsider

3. Which of the following best describes the author’s attitude toward Gaskell’s use of the method of documentary record in Mary Barton?

4. Which of the following is most closely analogous to Job Leigh in Marry Barton, as that character is described in the passage?

A. An entomologist who collected butterflies as a child

B. A small-town attorney whose hobby is nature photography

C. A young man who leaves his family’s dairy farm to start his own business

D. A city dweller who raises exotic plants on the roof of his apartment building

E. A union organizer who works in a textile mill under dangerous conditions