On the other hand, a purely socialist economy, even though it may be more equitable, tends toward inefficiency by neglecting individual initiative and by trying to plan every detail of the entire national economy. Without some advantages in benefits to motivate people’s efforts, productivity tends to be low. And without individuals having the freedom to make decisions on their own, short-term variations in supply and demand are difficult to respond to. Moreover, underground economies spring up to match realities of supply and demand for consumer products. Therefore, many socialist systems allow some measure of open competition and acknowledge the importance of individual initiative and ownership. Most economies throughout the world today are undergoing change—some adopting more capitalist policies and practices, and others adopting more socialist ones. 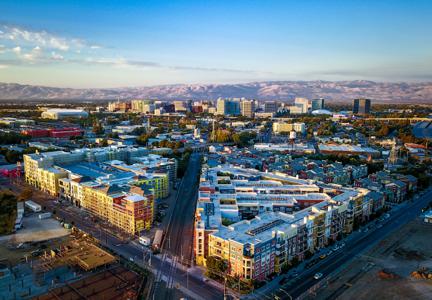 Economists have developed a complicated body of theory to explain why the behavior of a monopoly firm differs significantly from that of a competitive firm. A monopoly company, like any other business, confronts two forces: (1) a set of demand conditions for the commodity or service it produces; and (2) a set of cost conditions that governs how much it has to pay to those who supply the resources and labor required to produce its product. Every business firm must adjust its production to the point at which it is able to maximize its profit—that is, the difference between the revenue it receives from its sales and the costs it incurs in producing the amount sold. The level of production at which it achieves its maximum profit is not necessarily the one at which the firm is getting the highest possible price for its product. The major difference between a monopoly firm and one in a competitive industry is that the monopoly will have greater control over the price it charges for its product, although this control is never absolute. The monopoly firm thus has more freedom than the competitive firm to adjust price as well as production as it strives to achieve a maximum profit.

From the viewpoint of society, monopoly leads to effects that are less desirable than those resulting from economic competition. In general, monopoly results in a smaller output of goods or services as compared with competition, and also in prices that are often higher than those in competitive industries. Another practice associated with monopoly is price discrimination, which involves charging a different price for the same goods or services to different segments of the same market.

Monopoly, economic situation in which only a single seller or producer supplies a commodity or a service. For a monopoly to be effective, there must be no practical substitutes for the product or service sold, and no serious threat of the entry of a competitor into the market. This enables the seller to control the price.

One or more of the following elements are of great importance in establishing a monopoly in a particular industry: (1) control of a major resource necessary to produce a product, as was the case with bauxite in the pre-World War II aluminum industry; (2) technological capabilities that allow a single firm to produce at reasonable prices all the output of a particular commodity or service, a situation sometimes described as a “natural” monopoly; (3) exclusive control over a patent on a product or on the processes used to produce the product; and (4) a government franchise that awards a company the sole right to produce a commodity or service in a given area.

Among the various kinds of economic monopolies are public utilities, trusts, cartels, and industrial mergers.

Pure monopolies—only a single firm in an industry—are rare in the U.S. economy, except among the public utilities. These industries produce goods and provide services vital to the public well-being, including such essentials as water, power, transport, and communications. Although such monopolies often seem to be the most effective way to supply vital public services, they must be regulated when privately owned or else be owned and operated by a public body.